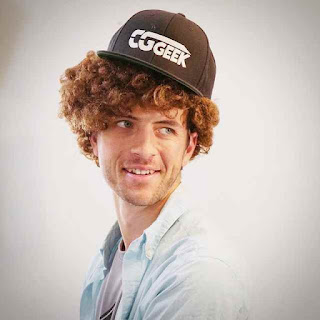 CG Geek is an American YouTuber known for his blender and animation videos. He has a YouTube channel with more than 902k subscribers and more than 81 million total views.

He started his YouTube channel in July 2011, and he uploaded his first video on YouTube in July 2011. it’s a 3D mountain fly over blender video. His real name is Steve Lund, and he lives in The United States. He makes manly animated videos, Blender tutorials, tech reviews, visual effects, and other kinds of stuff. His most popular video on YouTube is titled “They said I sucked at animation… So I animated this” that video got more than 4.1 million views. Also, he has a second YouTube channel named “Gamin’Steav” with more than 700 subscribers. But he is not active in his second YouTube channel the last video uploaded 7 years ago. It’s a game channel. Unfortunately, there is no more personal information about him.