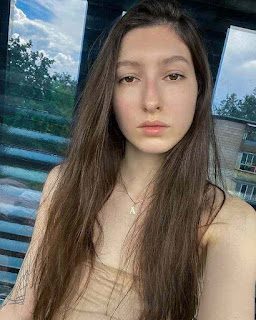 Aloona Larinova is a Ukrainian YouTuber and Streamer. Her real name is Aloona Larinova and she lives in Lods, Poland. She has a YouTube channel with more than 523k subscribers and more than 35 million total views. She started her YouTube channel in April 2015 and she uploaded her first on the same day the video was a cover song of Billy Eilish’s song “Lovely”. She started making response videos after uploading three pre-reaction videos, including reactions to PewDiePie’s “You Slav You Lose,” Life of Boris films, and PewDiePie’s movies in which she had been featured. She earned a large number of subscribers as a result of this.

STTA (Show This To Aloona) is PewDiePie’s LWIAY-inspired show (Last Week I Asked You). The show has so far shown six episodes, the first of which was titled “CTXTA” before being renamed “STTA.” The show follows the same premise as LWIAY, with fans submitting memes through Reddit. Her most popular video on YouTube titled “bitch lasagna cover by Aloona Larinova” that video got more than 3.8 million views. She streams games through Twitch, and she uploads reaction videos on her YouTube channel.