Who is Hey Nadine Age, Husband, Birthday, Net Worth, Biography 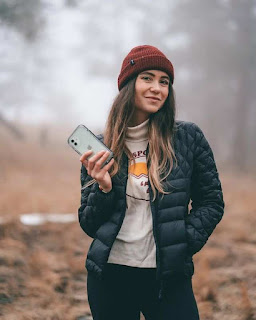 Hey Nadine is a Slovak Canadian YouTuber and blogger. Her real name is Nadine Sykora and she was born on 30 October 1987. She has a YouTube channel with more than 496k subscribers and more than 48 million total views. She started her YouTube channel in November 2006 and her most popular video on YouTube titled “Airport & Airplane travel hacks” that video got more than 1.4 million views. She creates traveling content like travel vlogs, travel hacks, tips and advice, destination and packaging guide, And more. She visited over 50 countries.

Sykora was born in Canada to immigrants from Czechoslovakia and Yugoslavia, with Slovenian ancestors on her mother’s side. She is a dual citizen of Canada and Slovakia. She has a younger sister. At the University of Victoria, she studied Computer Science and Business. In September 2020, she married Matt Ofsted. In August of 2021, their son was born.

Sykora started her YouTube account in 2006 as a way to pass the time while in university. Her debut video, “Re: The VenetianPrincess World Tour,” is thought to have been her first, however, it is no longer available to watch. Her first video, a vlog with her sister from December 2006, is still available on her channel. In February 2010, she reached a milestone of 100,000 subscribers. Sykora’s content began to focus on travel during a planned gap year after graduation around 2010. She has been a panelist on several occasions. She was invited to the White House for the White House Travel Blogger Summit on Study Abroad and Global Citizenship in December 2014.