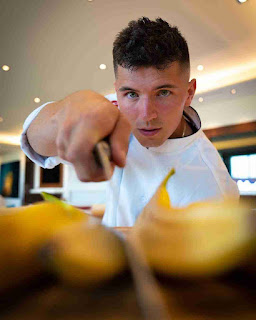 Nick DiGiovanni is a popular Italian American chief, social media personality, and reality television personality. He is well known for being a contestant on MasterChef Season 10 and for his cooking videos on YouTube and TikTok. He was born on 19 May 1996. He has a YouTube channel with more than 3.6 million subscribers and more than 1 billion total views. He started his YouTube channel in January 2016.

His most popular video on YouTube is titled “Eating live sea urchin” that video got more than 35 million views. Also, he has a TikTok profile with more than 204 million likes and more than 7.8 million fans. Nick primarily publishes recipes in the form of short videos. The majority of his content is less than one minute long. He does make lengthier films of more complicated dishes on occasion. These longer films frequently include recipes that are a little more out of the ordinary.