Who is NoisyButters Age, Net Worth, Birthday, Real Name, Biography 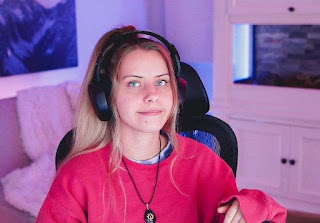 NoisyButters is a popular American Streamer and YouTuber from Atlanta, Georgia. Her real name is Hanna Bryan, and she was born on 25 January 1995. NoisyButters is a Call of Duty streamer who was nominated Best in Gaming at the 12th Annual Shorty Awards. She’s also a part of the Atlanta FaZe, which she joined in December 2019 as a content creator. She has a YouTube channel with more than 1.18 million subscribers and more than 112 million total views. And she started her YouTube channel in September 2011 and she uploaded her first video on YouTube in April 2012. Her most popular video on YouTube got more than 2.7 million views, and it’s a call of duty video. She streams games through her Twitch account with more than 256k followers. She streams call Of Duty through Twitch and she creates content on her YouTube channel.

NoisyButters started streaming in 2012 and continued to do so throughout college, but she never let her schoolwork suffer because of it. She graduated from Georgia Southern University in 2018 with a bachelor’s degree in information technology and a minor in public relations, with a networking focus. Butters was the president of the university’s gaming club while at Georgia Southern. She elected to stay in Georgia after graduation, and she now calls the Peach State her home.

NoisyButters has been a member of the Atlanta FaZe content creation team since December 2019. Butters was a logical choice for the Atlanta FaZe as a longstanding Georgia resident with a lot of power in the Call of Duty community. As a professional streamer, NoisyButters has been a part of three different organizations. She was the creative director for SoaR gaming before being signed by the Atlanta FaZe. She won a contest to become a content creator for the team in January 2016. She worked for SoaR for nearly three years until departing in December 2018 owing to creative differences.