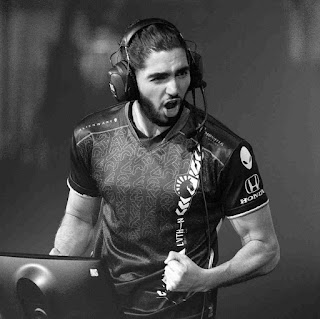 ScreaM is a professional Valorant player. His real name is Adil Benrlitom, and he was born on July 2, 1994, in Belgium. He is an ex-professional counter strike-global offense player who played for various teams. He has a YouTube channel with more than 617k subscribers and more than 52 million total views. He started his YouTube channel in October 2014, and he uploaded his first video on YouTube in November 2014, and the video is a counter strike-global offense gameplay. His most popular video on YouTube is titled “Scream plays wingman and gets his rank” that video got more than 72 million views.

ScreaM was a multi-talented player with one of the finest headshot ratios in Counter-Strike history. He began playing Counter-Strike: Source about 2010 and will continue to do so till 2020. He was recognized for his time as an entrance fragger for a variety of French teams, with his most recent accomplishments on G2. He helped the team achieve #2 in the world while on the team. In the years 2013 and 2016, ScreaM was placed #7 and #9 in HLTV’s top 20 player rankings, respectively.

He began his transition from a Counter-Strike legend to a Valorant professional in Valorant’s Beta, where he was a member of Prodigy, one of Europe’s top teams. During the beta, the team won several competitions. He joined fish123 as a stand-in in June 2020 and was later signed by Team Liquid.

Vignette On Distortion Off

Vsync Off First-Person Shadows Off

Rotate Rotate / Based on Side